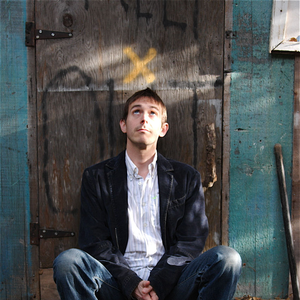 Toro y Moi is a name that is increasingly being dropped around the music press, and not a lot is really known about him other than that it has taken 9 years to wield a full-length release. Toro y Moi is one man by name of Chaz Bundick

- a 23 year old failed punk musician from Columbia who's innovative and extremely fuzzy take on electronica has been turning heads from coast to coast. He's had well-deserved features in NME and Pitchfork as well as from our friends over at Indie Shuffle, and will be releasing 2 albums next year. The first of these is called Causers of This, and comes out on Carpark records, February 23rd.

If his huge amounts of previous material are anything to go on, Causers is sure to be Laptop-crafted indie pop heavy on the synthesizers and light just about everything else. Toro y Moi makes lo-fi fuzz pop perfectly representative of 2009's latest craze, dreamwave. Jarring walls of synthesizers coat glitchy, dubbed down percussion in warming chord sequences - joined without fail by Bundick's softly sung vocals. The whole feel of Toro y Moi is very ethereal and shoegazey but at the same time clearcut pop music you can dance to. If my word wasn't enough, he's even covered Michael Jackson.

He will slot comfortably into your record collection next to contemporaries such as Small Black, Washed Out, Gold Panda and Neon Indian - artists from all around the world who, intended or not, are coming out with markedly similar musical results. TV On The Radio - DLZ Holy Fuck - They're Going to Take My Thumbs

The Be Good Tanyas - Waiting Around to Die

The Black Seeds - One by One