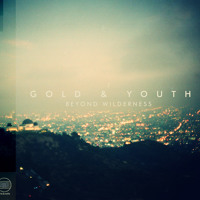 Bri Guy
Published:
Mar 10, 2013
Total plays:
23,037
Saved:
117 times
Sounds like: Little Cuts, Pacific Air, Shadows On Stars, Depeche Mode
Tags: female vocalist, indie rock, electro-pop
Why do we like this?
Gold & Youth made their first appearance on Indie Shuffle back in June 2012 with "Time To Kill."  We thought that they may be releasing their debut album, Beyond Wilderness, later that summer... but it turns out that it will finally be released May 14, 2013 via Arts & Crafts Records.

"Jewel" is the first offical single off this new album. It's a synth-pop track with soft vocals and bouncing guitar play. The Canadian quartet is set have great 2013. Enjoy the track as we wait for more music off Beyond Wildness.
- Google Bri Guy
Streaming source: http://soundcloud.com/artsandcrafts/gold-youth-jewel
TOUR DATES
View all X tour dates for .