Justin Lam
Published:
Feb 19, 2014
Total plays:
13,837
Saved:
236 times
Sounds like: Prince, Jhameel, Chromeo
Tags: electro-pop, synth-pop, dance
Why do we like this?
Fellow shuffler Hugh has said it all when it comes to Melbourne's multi-instrumentalist Darren Hart, aka Harts, but it's time for me to throw my two cents in. "Lovers in Bloom" is the first single from his upcoming debut album and nicely follows up his previous funk-filled releases, "Leavn It All Behind" and "Offtime."

When you come to the realization that Darren is responsible for every single component of this vivacious piece of electro pop, you can be nothing short of impressed. The guitar riffs are meticulously crafted and lend themselves perfectly to one unforgettably groovy single. It's pretty much the kind of song you get caught dancing to in nothing but your underwear -- you crafty son of a gun, Darren.

The single is due for release on February 24, and we will be sure to keep you up to date with the debut album on the horizon. 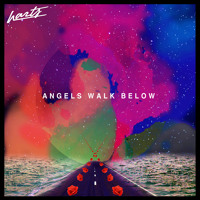