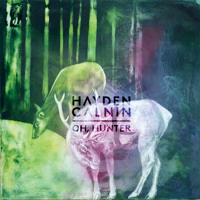 Hugh McClure
Published:
Jan 20, 2014
Total plays:
15,205
Saved:
428 times
Sounds like: Bon Iver, Matt Corby, S.Carey
Tags: folk, indie folk, bon iver
Why do we like this?
I'm always excited when Hayden Calnin releases new music, and the young artist hasn't let me down yet. His debut EP City dropped a couple of years back, and since then he's been widely critiqued as one of Australia's most promising talents. We enjoyed his stirring single "Coward" (released at the end of 2013), and have been eagerly anticipating his new EP Oh, Hunter, out February 21 via Create/Control.

The EP's second single is quite change-up. "Comatose" is a much more subdued arrangement than the upbeat, rousing "Coward." Like its name, it's a dreamy, ethereal (I hate using "ethereal" in reviews because of how overused it is to describe music, but sometimes it's a must) track that draws comparisons to Bon Iver. Calnin is a really intriguing performer given his fusing of pop, electronic, and folk music -- and "Comatose" is a great example of his mastery of a number of genres.

Hayden Calnin is poised for a breakout 2014, but make sure you give his past works a listen before his new EP drops. Check out SoundCloud for more!
- Google Hugh McClure
Streaming source: https://www.youtube.com/watch?v=cu4cBhgR-gM
TOUR DATES
View all X tour dates for . 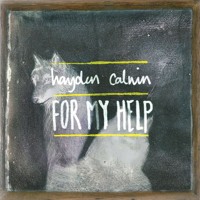