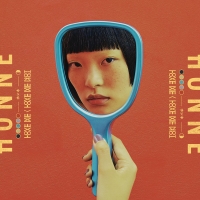 Yohhhhh whattttt? Tom Misch collaborating with HONNE? It's a dream made in heaven, right?

HONNE have released a spate of new songs in the last month, and we've been on top of pretty much all of them. While I might be a week late on "Me & You," it certainly still deserves some airtime -- partially owing to the slick guitar line provided by Mr. Misch.

This one's been released by Tatemae Recordings, and can be streamed alongside another single here.