With so many bands and artists making folk music, it's refreshing to find someone that's doing it a differently. Husky make wonderful folk music, but with a twist. The Melbourne-based group have pieced together a number of musical backgrounds to develop an impossibly beautiful hybrid sound.

2011 has been a busy year for the guys. After winning the Triple J Unearthed Push Over Competition, they have been touring furiously. Having supported a multitude of big names including Devandra Banhart, Noah and the Whale, Kimbra and Gotye, Husky will now be setting off on their own national tour to celebrate the recent release of their debut album, Forever So.

The album was recorded over some months in a backyard shed belonging to lead singer Husky Gawenda,and then mixed by Noah Georgeson (the Strokes, Devandra Banhart) in L.A. Forever So is a beautifully crafted record. The songs are deep and powerfully written. Gideon Priess' intricate keys are a highlight, and link in perfectly with Gawenda's heartfelt, angelic voice.

"History's Door," the album's first single, was a late addition to the album -- only being added at the last minute despite some debate. What an addition it was, with the gorgeous folksy ballad highlighting the bands many musical strengths. Interestingly titled "Fake Moustache" goes in another direction, driving swiftly with almost could be considered a swing beat. The offbeat guitar and echoed vocals give this tune a haunting feel. Current single "Dark Sea" is also slightly shadowy, with Gawenda's impossibly beautiful voice drifting delicately over simple but elegant backing melodies.

With this much talent, Husky will be a force to be reckoned with for some time to come, with Forever So just the start of a bright future. Husky have managed to combine folk music with pop and classical music to devastating affect, the perfect hybrid. 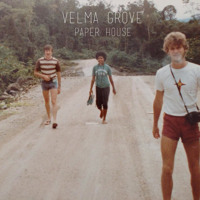