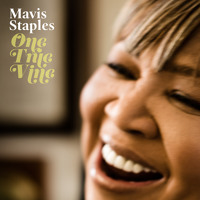 Mavis Staples Can You Get To That?

Last night Chicago’s legendary Auditorium Theatre played host to one of the finest events in its nearly 125-year history by celebrating 75 years of the great Mavis Staples with an all-star tribute concert.

The contributions of Mavis and her family’s band, The Staples Singers, have made an indelible mark on R&B and gospel music and even more significantly on the advancement of civil rights. After meeting Martin Luther King Jr. in 1963, they dedicated themselves to fixing social injustice through music. This was a path that led her to inspiring and working alongside other revolutionaries from Bob Dylan and Prince to Presidents Kennedy and Clinton.

The word I most heard associated with Mavis throughout the evening was “fireplug,” people wishing to have Mavis’ positive energy at 75. What they fail to understand is Mavis Staples is ageless. She is a tempest. While it might take her a moment to step to the mic, once she lets her pipes loose, she becomes a force of nature -- dancing, smiling, and singing across the stage like it really was her sweet 16 birthday.

An inspired take on Talking Head’s “Slippery People” by Arcade Fire’s Win & Regine made for the unexpected highlight of the evening. Other key moments included Glen Hansard’s slowed-down take on the politically charged “People Get Ready,” the first song Mavis’ family learned together, “Will the Circle Be Unbroken,” with Bonnie Raitt, Taj Mahal, Gregg Allman, and Aaron Neville all joining Staples around an imaginary campfire, and the anthemic “You’re Not Alone” with the Tweedy duo that made way for Mavis to end the night front and center with her perennial “I’ll Take You There.”

Though the entire audience knew it was coming, The Band’s “The Weight” with the entire cast made for a transcendent musical moment, harkening back to Thanksgiving Day 1976 and The Band’s The Last Waltz. Almost 40 years later and Mavis Staples is just as excited to be playing music alongside all her friends. As she would say, “Beautiful.”

The show was recorded for later broadcast on AXS TV, and is expected to air sometime in late January or early February 2015. Geek out at the complete setlist below:

Encore
23 The Weight – Mavis Staples and the entire cast 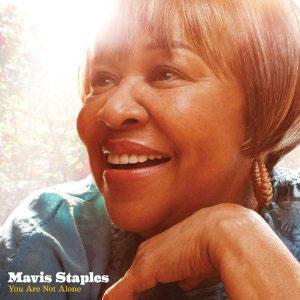 Mavis Staples - You Are Not Alone 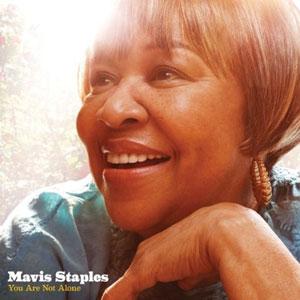 Mavis Staples - Song For Everyone