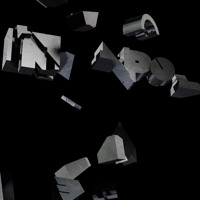 Devin Duckworth
Published:
Sep 26, 2010
Total plays:
11,217
Saved:
53 times
Sounds like: Joy Division, The Chameleons
Tags: indie rock, alternative, post-punk
Why do we like this?
Apparently 2007's Our Love to Admire wasn't on the top of everyone's list. Interpol drummer Sam Fogarino mentioned in an interview with Paste that the new self-titled album would return to the lush, mystifying grooves found on Turn on the Bright Lights (2002). Fongarino went on to elaborate, "In trying to move forward, there was an unspoken realization that you can't let go of your sonic-defining tag. There was an effort in Daniel [Kessler]'s guitar tone; he rediscovered it playing in his loft space for a year without anybody. The quality of that tone, played in a big room, is just beautiful. It creates an atmosphere ... That big wash of reverb? It's back."

It seemed as though redefinition could be a tough task for them considering their last album fell by the wayside. After anticipating their new album for three years, one thing's for certain: these post-punk revivalists undoubtedly submerged themselves in the torturous pool of hope in order to get back to the basics. Interpol gouges at their past albums and captures the bits and pieces that initially made them a force to be reckoned with, but lacks when it comes to fresh brilliance which we'd expect from such a profound group.

It would make sense that in trying to recreate the motor of their best work, they would experience some bumps along the way. I mean, what makes a better album than wallowing in your own self-pity and mistakes? Countless artists have drawn from their misfortunes and put together albums that recall all of the bad memories and more times out of none, the painful hopelessness has suited in their favor.

Upon hearing their latest work it sounded as though Paul Banks' usually textured voice seemed rather tapped-out, like he was unsure of something. The songs seemed excessively familiar but isolated at the same time. Although some of the albums components tend to fall short, it does have its proverbial aptitudes. The catchy "Memory Serves" provides us with the classic attention-grabbing darkness that we all know and love while asking us, "Why is it so hard to stay away?"

While that's a tough one to answer, I've got a better question: Why is it so hard to go back?
- Google Devin Duckworth
Streaming source: http://soundcloud.com/librarymusic/interpol-success
TOUR DATES
View all X tour dates for .