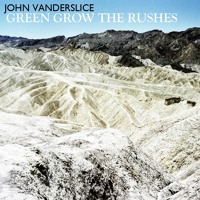 Jen Verzosa
Published:
Oct 12, 2010
Total plays:
3,058
Saved:
2 times
Sounds like: The Mountain Goats, Destroyer, Matt Pond PA
Tags: indie rock, folk-rock, john vanderslice
Why do we like this?
From member of the experimental group MK Ultra to indie solo artist and manager/owner of Tiny Telephone (The Dodos, Death Cab For Cutie), a recording studio in San Francisco, John Vanderslice's epic career in the music industry continues to evolve. The synergism of synthpop, classical, and pop-folk elements in his newest EP, Green Grow The Rushes, is evidence of this phenomenon.

Vanderslice released the entire EP as a free digital download on his website. Presumably unencumbered from the pressures of making anyone any money, he had the sonic license to manipulate the calculus of genres.

On the EP, he takes ballsy risks stylistically with his juxtaposition laser beam sounds and violin plucking as a background to dense vocals ("Thule Fog") -- but the track somehow retains its pop sensibility. However, in "Pony Express," Vanderslice pays reverence to pieces further back in his catalog because the song, apart from its crisp mastering, is the least dissimilar.

For Vanderslice purists a la Cellar Door, it might be one of those albums that needs to be played on repeat several times before a genuine appreciation for it develops. For more open-minded Vanderslice fans, this EP will be warmly accepted as a reflection of his growth as an artist. In Green Grow The Rushes, Vanderslice masterfully demonstrates that he has beautifully evolved beyond the indie genre into contemporary music.

Special thanks to Vanderslice for taking time out of his busy schedule to chit-chat with Indie Shuffle:

Can you tell me about your newest release?

I put the EP called Green Grow The Rushes out a couple of weeks ago. I didn't tell anyone I was doing it -- I just posted it.  The people that knew was my wife and a couple of my friends -- my label didn't know. The Internet is so fast and the old-school way of putting out records is so slow. It's, like, shit let's get this party rolling. You kind of want to tour. You've kind of done your work.

What are you working on now?

There's a new full-length record that's going to come out in January, and it's going to be all orchestra. I really had nothing to do with the music of the new record -- I just basically wrote songs and then Minna Choi, a total genius who heads Magik Magik* Orchestra arranged the record. The album is going to be called White Wilderness. One of my idols is David Bowie -- he reinvented himself every year. It's really difficult to do that. It's like turning a huge ship around, it's difficult for me to make changes, but that's my goal.

Your musical influences have been cited as diverse - from Neutral Milk Hotel to Public Enemy. Who has influenced you on either Green Grows the Rushes or the upcoming LP?

That's a good question. I mean, Joanna Newsom. I've met her a few times. I would love for her to record with me in the studio. You know, there are these bands that you'd die [to work with].

Are there any specific artists you'd like to collaborate with?

There are thousands. I like would like to make a record with Nigel Rogers who has been working with Radiohead forever.  He's one of my idols of all time "“ for engineering and just like an intellectual idol. [He's] unbelievably interesting.

What's a normal day in the life of John Vanderslice?

I volunteer 2 days a week. I'm married. I have 2 cats that are incredibly awesome and needy. I'm super domestic -- my goal is to be at home all the time. I never like to go out at night; I just kind of want to hang out with my wife. I'm really into hiking and California outdoorsy stuff, but I'm also at the studio every day. And the goal this year has been to not tour as much as possible, but I'm going to CMJ soon to do some shows with Extra Lens who's in Mountain Goats. That'll be great.
- Jen Verzosa
Streaming source: http://soundcloud.com/johnvanderslice/thule-fog
TOUR DATES
View all X tour dates for . 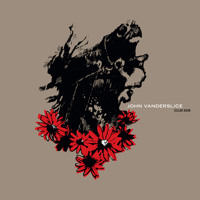