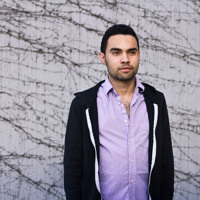 Musical talent springing organically from within, MillionYoung has captured the attention of many music lovers across the globe. Just coming off touring most of 2010 and a full-length album out this week, MillionYoung is definitely moving forward with a gentle yet persevering weight.

I was lucky enough to have the opportunity to pick the brain of frontman Mike Diaz. Read below for Diaz's poignant, mature and introspective thoughts on MillionYoung's evolution, future, and current prospects.

How did you get involved with music initially? What were you doing before MillionYoung?

I started out playing music in high school a lot. My friend Eric, who's now playing bass with MillionYoung live, and I were in a band called Ctrlctrl. It was pretty similar to what MillionYoung does, but when we both started college we gave it a break and I continued solo. Then a few months after Be So True was released, we were both done with school and decided to start working together again. Most of our new full-length was written around the time of the Sunndreamm EP, but Eric and I both went into the recording process and worked on it from there.

Is your popularity something you imagined when starting out?

Heh, definitely not. I remember when I put the first EP on my tumblr for download, I was expecting just my friends to hear it. I never even anticipated anyone wanting to hear the songs live, so that was an interesting hurdle in translating the songs to a live format.

Do you have any strong influences as far as other musicians, genres, or eras from which you draw your creativity?

A pretty wide palette of influences go into the songs really, but I have a lot of love and admiration for stuff like The Radio Dept., Panda Bear, and pretty much everything Jon Brion has ever done. I'm attracted to music with a very cinematic quality that can have you finding joy in nostalgia.

The blending of traditional instruments and electronic sounds is accomplished very smoothly on your productions. Do you find this a challenge to replicate live, joining the different types of sounds?

When I first started doing shows it was solo. I'd play guitar and sing while triggering samples from my laptop. That was fun for awhile, but when I started playing with a full band, the difference was noticeable right away. Having more of my friends involved with the live band, and being able to see all the individual parts played out really adds a lot to the experience. There's a lot of sounds that organic instruments couldn't reproduce, just as there are many electronic sounds could not emulate, so we've spent a lot of time searching music stores, pawn shops, even Craigslist, finding the right things to strike a good balance live.

Being that you are from Florida, it is not surprising to hear a beachy, upbeat vibe in your music. Was that sound something you grew up with externally or is it something formulating more organically from within?

Yeah, it seems to come up a lot, and the question of how much impact your surroundings make on what you do and who you are even is justified. I would have to say that Florida has definitely had an impact on the music I make, but more often than not it's subconscious. Growing up I was always surrounded by really upbeat latin music and good ol' 70s and 80s pop like Michael Jackson and Prince. In my teen/high school years, though, I developed a taste for more relaxed or even melancholy music, and I'd have to say the juxtaposition of those tones influenced me more than either on their own.

How did creating the full-length Replicants differ from making your EPs? Was it more taxing or did you find it easier to create a full (rather than short) story?

It was definitely a more exhausting experience. We spent a lot of time just recording, listening, taking notes, rerecording and so on. We were also choosing from a group of about 16-18 songs and seeing what worked best together on a long play format, which was definitely new after two 5 song EPs. The experience was definitely more taxing, but also much more rewarding in the end.

What do you feel has been your biggest accomplishment in the making of Replicants? Most difficult challenge?

I was really happy with the fact that I got to work with and learn from a lot of friends in the process of writing and recording the album. Till now, my experience in writing music has been pretty reclusive and isolated -- I usually write in the middle of the night by myself, and while that was still the foundation of the writing on this album, I allowed myself to branch out more. I gave rough drafts of the songs to friends to listen to first, and even learned a lot from playing the songs on the road before releasing them. I guess in short, the biggest accomplishment was learning to open up the process and allow more influences in.

Listening to Replicants, there seems to be a more dancey vibe to the music than your previous EPs. Where did this change arise from? I've read some opinions that you are trying to get away from the chillwave label. Is there any validity to this assertion?

The change sorta just came from feeling the crowd responses when we played live. There were certain songs, or certain moments that just seemed to work a lot better than others and we went towards that direction. The new songs gear more towards the direction of something a band would play live than what one guy would write in his room at home.

This day in age many musicians often offer their music for free, just as you do on your website millionyoung.com with a download of Sunndreamm. Do you feel this is a negative or positive reality for rising musicians, and how has this affected you as an artist?

There's that age between like 8-12, where you start branching off from the music your parents listen to and give you, and for me that age just so happened to come in the middle of Napster's rise. For a lot of the people in my generation, the idea of downloading music for free just seems normal. The reality of the situation does seem grim, but I wouldn't define the present situation as negative so much as simply different. While I don't expect to have a platinum record any time soon, I'm grateful that people who would like my music can find and enjoy it.

There has been an outpouring of deserved praise for your music. Have you experienced any negativity towards your music, and how have you handled that if so?

Haha, who ever said you can't please everyone all the time was definitely right. Every now and then I'll come across a less than favorable review of a song or a show of ours, but I don't really let it get to me. I feel like there's always room to grow, and it's important to acknowledge praise as equally as criticism, but I always try and stay above both and just make music that I like personally. That's the only way in my opinion to make anything genuine anymore.

My favorite track on Replicants is "On On." If you could handpick any artist to remix it, whom would you choose?

Considering you just came off the road at the end of December (and the fact that 2010 seemed to be increasingly busy), are there plans for a tour in the relative future with the release of this new album?

We've definitely got a lot some plans to tour going into and out of SXSW, we're not announcing dates yet but we're all really eager to get back out on the road. 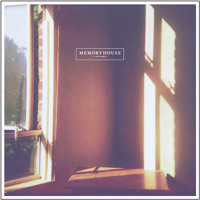