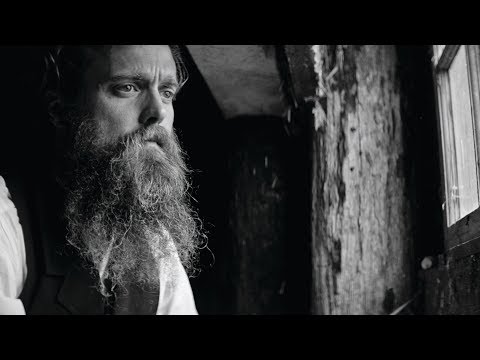 There aren't many better ways to start the day than with Iron & Wine strings playing in the background. Pair this with a super folky music video and it becomes better than a dreamed-about breakfast.

Directed by J. Austin Wilson, the video features, what appears to be, Iron & Wine's Sam Beam as a groundskeeper for a church. Filmed in black & white, it takes a turn when we see Sam preparing his own body for burial.

"Thomas County Law" is a simple track, containing Sam's beautifully woody voice and strings that are clearer than a dead-still pond. With really soft percussion, I can imagine this track feeling like a breather when listening to the full album, Beast Epic.