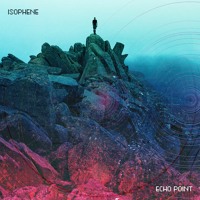 Jason Grishkoff
Published:
Aug 30, 2020
Total plays:
6,958
Saved:
88 times
Sounds like: Boards of Canada, Tycho
Tags: Electronic, downtempo, boards of canada
Why do we like this?

When I initially found this song my intent was to throw it in our Sunday Night Chill playlist and call it a day. I still did that anyway, but... this has such a warm and fuzzy Boards of Canada meets Tycho vibe that I just couldn't resist adding it to the main page.

The Melbourne-based producer actually released this song as part of a 2018 album titled Reverbatory. If you like the artists I referenced earlier, I definitely think it's worth a listen (I'm halfway through as I write this).

"Echo Point" was recently re-released alongside a series of remixes that you can listen to here.