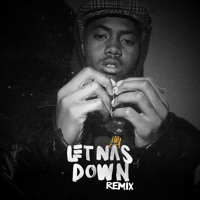 J. Cole's "Let Nas Down" is a solid track, but the story behind it is much more entertaining.

While recording his debut Cold World: The Sideline Story, Cole was under pressure to come up with a hit single for the album. After a number of tracks were knocked back by Roc Nation head Jay-Z, Cole finally got the seal of approval with "Work Out," inspired by Kanye West's hit "Work Out Plan." Although successful when released, Cole found out that both producer No I.D. and one of his idols, Nas, didn't like the track, hurting the young rapper's pride.

Instead of getting angry and going up against Nas, Cole channeled his emotions into the revealing "Let Nas Down,"  taken from his just-released sophomore album Born Sinner. The track explains Cole's disappointment and hurt at letting Nasty Nas down, going into great detail about the respect he has for the elder statesman and how he wants to reach the upper echelon of the rap game like his mentors.

Well, it seems the track has reached Nas, with the hip-hop legend releasing his own version of "Let Nas Down." Over a jazz-influenced beat, Nas waxes lyrical about how proud he is of Cole and what he has achieved. While Cole fan's might be disheartened by his lack of input (he's only featured on the chorus), this one is all about the Illmatic legend. Nas gives a real insight into the respect he has for not only hip-hop culture, but a young upstart like Cole. His lyrics are as poignant as ever, and continue to show why he will go down as one of the greatest rappers ever to grace the mic. 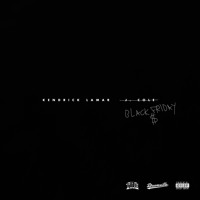 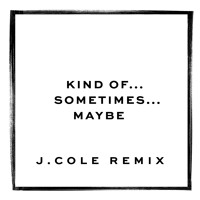