Bri Guy
Published:
Jun 17, 2013
Total plays:
19,185
Saved:
202 times
Sounds like: Ty Segall, Cheap Time, Black Lips, Smith Westerns
Tags: indie rock, lo-fi, psychedelic
Why do we like this?
Miami rock and roll trio Jacuzzi Boys impressed me when they played at Block x Blog festival back in April, and they've been on my rader ever since. They recently dropped a new single, titled "Double Vision," to their SoundCloud, and it's been on repeat ever since.

"Double Vision" is a fun, lo-fi indie rock song with fuzzy guitar play and psychedelic undertones. This song is featured on an A-side of a 7" to be released on July 9, 2013 via Hardly Art Records; be sure to also save the date for their new self-titled album, which will be released on September 10. 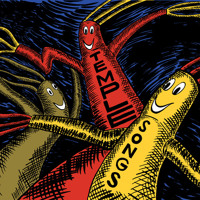 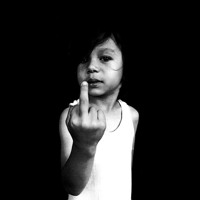