Jay Z x Jay Electronica We Made It

It's hard to believe Soulja Boy's "We Made It" could get any bigger. Initially a big club hit for Soulja Boy, it went global when everyone's favorite Canadian, Drake, jumped on board and took things next level. Well, now we have another version featuring two rap legends: Jay Z and Jay Electronica.

Retaining the Kenny Powers samples, this remix has a verse from both Jays, with Electronica continuing to show why he is such an underrated rapper, and Jigga finally delivering a worthwhile verse after spitting garbage this past year. He even has a stab at Drake in response to something Drizzy said in that Rolling Stone interview (thanks Rap Genius).

While I still lean towards the Drake version (I'm a Drake mark from way back), you can't knock this one, especially as Souljay Boy doesn't feature at all! 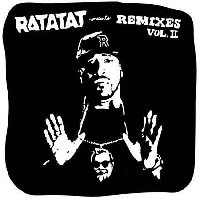