sweeney kovar
Published:
Nov 11, 2013
Total plays:
19,814
Saved:
152 times
Sounds like: Jypsy Jeyfree, Denitia and Sene, Knxwledge
Tags: female vocalist, R&B, soul
Why do we like this?
Chicago is a very interesting place and I do not fully understand it. It is a major metropolitan area that has a deep history with crime, the Nation of Islam, and people of color in the United States. It is very insular in its style, slang, and culture. It's also been going through an intense wave of violence among its young people of color that reflects in the art in direct and indirect ways.

Chicago's Vic Mensa had a mixtape called Innanetape, it was supposedly good (I haven't listened to it). On it, Vic has a song called "Orange Soda" that was fun and very rap. That's not the point today. A young woman from Chicago named Jean Deux did a riff of "Orange Soda" called "Grape Soda." That's the point today.

Jean treats Vic Mensa's hook as a departure and takes flight. Her version is dripping with sultry, 3am synths, and her voice is satin soft. The purple nod in the songs' title may be a codeine reference and its not hard to see why. Apart from vying with molly as the drug du jour (nothing will ever replace weed as the hip-hop drug of choice in my lifetime), the song is slow and pronounced, it carries weight that hits you when the drums finally drop.

This is dope! Check it out, check Jean out, check Vic out, check Chicago out, check yourself out.
- Google sweeney kovar
Streaming source: https://www.youtube.com/watch?v=vUn4IvMTrgo
TOUR DATES
View all X tour dates for . 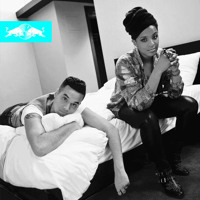