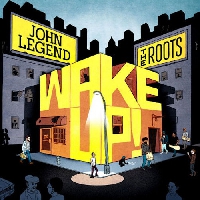 John Legend & The Roots Wake Up Everybody (Ft. Common and Melanie Fiona)

The Roots have an uncanny ability to pair up with just about anyone. Whether its Jay-Z or Jimmy Fallon, or even Bill Clinton, they really are the world's best house band. On Wake Up!, they pair join with John Legend to recreate the breezy political era of 1970's soul, jazz, and funk.

fresh with a verse from Black Thought, the soulful Harold Melvin and the Blue Note's "Wake Up Everybody," and hidden gems like "Humanity" with a lazy reggae vibe.

?uestlove's drumming, as always, drives the band into a vastly eclectic realm while Legend's strong vocals fit beautifully alongside The Roots.

Legend & The Root's take on Bill Wither's "I Can't Write Left Handed" opens with a history lesson of the generation past, comparing the Vietnam era to America's dual wars in Afghanistan and Iraq. Although its a little off-putting at nearly 12 minutes long, the real payoff is a few tracks earlier when Legend foreshadows the song on "Our Generation" with the uplifting chorus, "Hope of the world is in our generation/It's all left up to us to change this present situation."

Following the election of Barack Obama, many hip hop artists (like rapper Common, who makes an appearance on the album's strongest track "Wake Up Everybody!") stated they felt an African-American president would change the context of hip-hop. "Obama is going to change hip-hop for the better," Common said in 2008.

Now America certainly hasn't been transformed into a post-racial utopia, but this album feels like the culmination of Common's prediciton. The sound of Wake Up! is enveloped with that same blend of Obama Hope, while still acknowledging shortcomings in songs like Les Mccann and Eddie Harris' "Compared To What," when Legend howls, "The President, he's got his war/the folks don't know what just it's for." 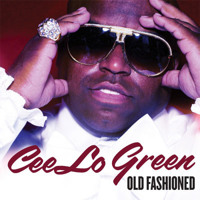 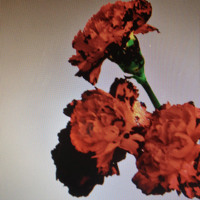 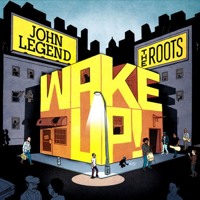