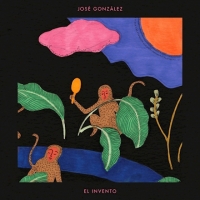 “El Invento” is José Gonzalez’s first release in over five years, and is the Argentinian-Swedish artist’s very first Spanish-language offering. According to a press release, Gonzalez explains that he began writing the song shortly after the birth of his daughter, Laura, in 2017 and that speaking to her in Spanish is what helped him to finally write in his native language. He also unpacks the meaning behind the song, as well as the title:

“The song is about the questions—who we are, where we’re going, and why? Whom can we thank for our existence? Historically, most traditions have invented answers to these questions. Thereof the name of the song: The Invention (god).”

This new single is a lovingly and delicately crafted acoustic piece with pretty, fluttering guitar arpeggios providing a more than complimentary basis for Gonzalez’s gentle, consoling vocals. This velvety combination allows for the tough existential questions posed in the lyrics to be contained in a way that is both comforting and grounding. The music video for “El Invento” provides the track’s lyrics in both English and Spanish, meaning that those of us who don’t speak the language are still able to benefit from the profound simplicity of Gonzalez’s lyrical genius:

The strangeness of simply being

Complex in its calmness and its storm

Tell me why is it so?

Tell me where are you going?

When everything changes colour

And we see appear

A world full of beauty and pain”

Released on February 18 this year, this piece of music is poetry in motion, beautifully unique in its depth and truth, and provides a sense of solace that is very much needed for many of us.