Julio Bashmore Battle For Middle You

Dwayne
Published:
Jul 04, 2011
Total plays:
21,473
Saved:
104 times
Sounds like: Jamie xx, Deadboy, Kingdom, SBTRKT, Koreless
Tags: Electronic, house, future garage
Why do we like this?
For those with their fingers firmly on the garage pulse, we might seem a little tardy in posting this. But surprisingly, despite how long it's been around, this has only just been fully released by Bristol's Julio Bashmore on his new EP Everyone Needs a Theme Tune.

Now that we've established the garage heads among you, it's time for those who still think a garage is a place for storing a car. Well, in fact, it's a music genre -= and one which I've been posting quite a lot of lately! I don't want to give you a history lesson, but in brief, it emerged and became very popular in the late 90s/early 00s, before becoming pretty dormant until a resurgence at the end of the last decade, principally lead by Jamie xx, Julio Bashmore, and a whole bunch of other producers who had grown up on the original garage sound.

Julio Bashmore is certainly one of the more successful producers to have emerged thus far, his productions with their strong house references leading to some of the genre's most distinctive tracks, including this, "Battle For Middle You," his best work to date.
- Google Dwayne
Streaming source: https://www.youtube.com/watch?v=aLqWjUWGYFA
TOUR DATES
View all X tour dates for . 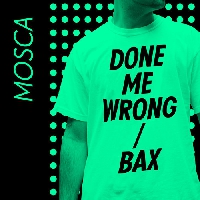 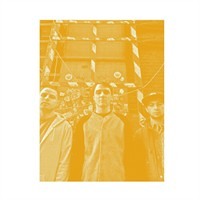