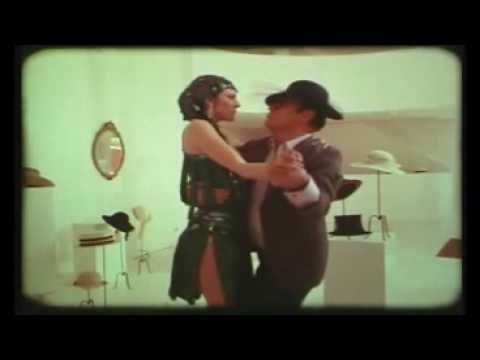 Junip The Ghost of Tom Joad

Here's what I found myself pondering during Junip's stunning set in San Francisco on Thursday: how does Jose Gonzalez manage to have such a distinctive voice, yet manage to fully integrate it into the overall sound his band is creating? He's a lead singer who doesn't sing lead vocals -- his voice is an instrument rather than a focal point.

Of course, his instrumentals are like Santana's guitar in their immediate recognizability. But it's clear that Junip's priority is the overall sound, the layered build-up leading to an inevitable, overwhelming climax -- the Wall of Sound, redefined. The sound embraces you; it's like sinking underwater only to open your eyes and realize the brilliance of life that exists underneath.

This makes seeing Junip live something of a release. The band doesn't engage with the audience much; watching them play feels like stumbling on a secret, like you've happened upon a batch of brilliant musicians that happen to be in the midst of one of the more technically precise, fascinating jam sessions you're likely to ever encounter. The crowd's response, a kind of delighted absorption, mirrors this sentiment.

Set-wise, there was a strong showing from the band's 2010 debut, Fields (including heavy-hitters like "Rope and Summit" and "Tides"), with great reputation from the band's new, self-titled release. "Line Of Fire" mirrored the eerie, deceptively quiet sound of the first album, while percussive-heavy "Villain" suggests a heavier, more danceable direction. "Walking Lightly" came on as warm and smooth as butter, anchored by a bass line suffused with multi-instrument depth.

Through it all, Jose Gonzalez glowed in silhouette amidst the pink lights and draped walls of Bimbo's. Surrounded by his band, it was sometimes unclear where the big, glorious sound came from.