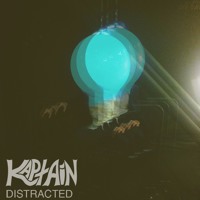 Last week, I went to the San Francisco Bay Area, and I fell in love. I didn't fall in love with a person this time; it was the city that caught my eye. The architecture is incredible. The people are friendly and creative. The magic of San Francisco is unreal.

While, I ran around, trying to shake as many hands as possible, along with celebrate my birthday, I tried to fit some shows into my schedule. Also, I ate way too much Thai food.

On March 2nd, I found myself in a little bar on Mission, El Rio, listening to music I honestly didn't expect myself to enjoy. It's not the artists on the bill for the night that I didn't think would do it for me, it was just the general vibe of the bar. It had an old saloon vibe to it.

When I walked into the back room, where they had the performers separated from the bar, I walked into a half crowded dance floor, dancing to a DJ playing Hall & Oates, while wearing a shirt that had Dwayne "The Rock" Johnson on it. It was that moment I realized I was, in fact, in the right place.

Following the DJ with the wild shirt, a girl and two guys hopped on stage. One guy had a few synthesizers and a couple of midi controllers, the other guy had a guitar and a tie-dye shirt on, and the girl stood patiently by the microphone. It was obvious I was in for a different experience than the performer before them.

Kaptain started ripping it on the synths, accompanied by his buddy shredding on the guitar, and the singer Carly Jaquier on vocals. It was not at all what I expected. It was stylistically similar to GRiZ, Pretty Lights, Big Gigantic, and other artists in that vein. When I left, I knew I had to write about it, but my travel plans got the best of me, and here we are over ten days later.

If you dig Kaptain's music, head over to Facebook to stay updated for upcoming events. 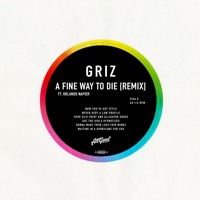 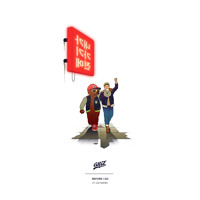 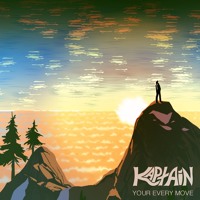 Kaptain - Your Every Move 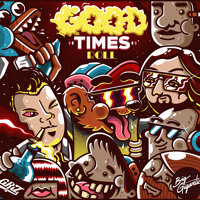