Anyone out there remember the Cassette Kids? Thought not. For the uninitiated, they were an Aussie indie act from a few years back who were on the verge of becoming the next big thing, but alas, like so many before them, they disappeared into obscurity.

Well, it looks like frontwoman Katrina Noorbergen, now under the alias Kat Vinter, has resurfaced as a solo artist. Having spent time traveling and playing throughout America and Europe,Vinter found herself in Berlin, were she hooked up with a local producer and Norwegian songwriter and began writing new material.

She released "Stoneheart" early last year, and Vinter dropped her second official track over the weekend, the hypnotic, electronic influenced "Sooner Or Later."

Reminiscent of Swedish songstress Lykke Li, "Sooner Or Later" takes its cues from both indie and electronic genres, with finger clicks and hip-hop snares elevating the upbeat production, all tied together neatly by Vinter's lush, soaring vocals.

An undeniable talent (she was the Cassette Kids), Kat Vinter will be a name you're all familiar with as the year goes by. 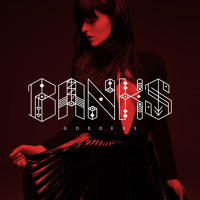