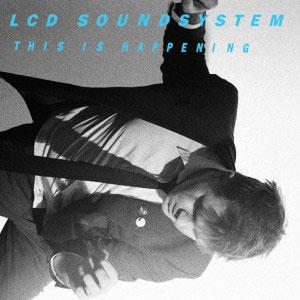 svotel
Published:
Apr 29, 2010
Total plays:
19,096
Saved:
53 times
Sounds like: Liquid Liquid, Kraftwerk, The Juan MacLean, ESG
Tags: indie rock, dance, disco
Why do we like this?
There is no new art. Everything has been done before. The best art these days is merely a carefully disguised echo chamber. Every good band working right now has a musical antecedent in the past. While others are crippled by the ever-escalating arms race between bands, James Murphy is unfazed by any of these facts. He made his peace with it by airing out his complaints and his worries over the funky bassline of "Losing My Edge." So, in the end, James Murphy's music is the sum of his influences. LCD Soundsystem is a fantastic amalgam of Liquid Liquid and Kraftwerk and Neu! and ESG and Talking Heads and Cluster and Can and Detroit Techno ("1985 . . . '86 . . . '87"). Remember, it's you who do not know what you really want.

But James Murphy knows what he wants. He arrived fully formed 8 years ago with a string of singles ("Losing My Edge," "Give It Up," "Yeah," "Movement") so good that his debut record already sounded like a greatest hits package. And now, after having recorded what is arguably the greatest song of the decade, LCD Soundsystem is back with "This is Happening". The terrific success of "Sound of Silver" only invited unreasonable expectations. The most immediate question is whether there is anything as good as "All My Friends" on the album. Of course not. But if/when there's a follow up to This is Happening, we will invariably ask if it has anything as good as "Dance Yrself Clean" on it. This is Happening succeeds precisely because Murphy understands the logic of success: don't ever try to surpass your previous achievements, simply make new ones.

This is Happening is a high water mark for LCD Soundsystem. Whereas the previous two albums frequently sounded like great song collections, This is Happening sounds like a great album. From the opening stunner "Dance Yrself Clean" to the final salvo that is "Home," the album is a beautifully sequenced emotional travelogue through modern masculine consciousness. The emotional dynamic of the album, then, tends to look like the cardiogram of a heart attack patient. Even LCD's party anthems have a resonate twinge of melancholy to them. Take the lead single, "Drunk Girls," for example. After a punchy back and forth comparison between drunk boys and drunk girls, Murphy reaches the song's climax by plainly asking, "Just be honest with me/Honestly/Honestly/Unless it hurts, why do it?" Elsewhere, on the classically funky "Pow Pow," Murphy rants about the kids these days: "Your time will come, but tonight is our night, so you should give us all your drugs." But the song's cheery playfulness is threatened by some nasty glances in the mirror: "I'm paralyzed and looking through you/But if nothing's right, we try anyway." Murphy's ability to piss on his own parade makes him an endearing and rare figure in a world of inhumanely calculated personas.

LCD Soundsystem has always been at their most potent when Murphy examines the emotional tectonics shifting underneath the cool swagger of his sleek disco. And it's these moments that are the highlights on This is Happening. The motorik beat of "All I Want" carries Murphy along as he admits that all he wants is your pity. But instead of sounding pathetic, it comes across as a triumph of honesty. Murphy has never been one to pull punches aimed at his own reflection, and "I Can Change" picks up essentially where the galaxy of spaced-out synths leaves him at the end of "All I Want." But "I Can Change" is even more bracingly honest: "I can change/If it helps you fall in love." The song is about blindly sacrificing yourself for attention and affection, a dirty little secret that props up relationships. The album's bookends will (and rightly should) garner the most attention. Both songs center on the redemptive possibilities of a good night out. On "Home," the album's closer, Murphy whips up the kind of melancholic disco shuffle that the band has been perfecting the whole album. The song is full of well-earned lines of devastating verse: "And this is what you waited for/But under the lights, we're all unsure/So tell me/What would make you feel better?" And then there's "Dance Yrself Clean," the album's opening end-all-be-all masterpiece. Murphy understands that our best moments tend to throw our worst fears into stark relief. After all, we seek these moments to escape the doubt and the regret that crouches low in our minds in the small hours of the morning. The act of going out to a club, then, becomes a ritual, a ceremony, a group therapy session, a moment of redemption and happiness. A moment when you can get away from it all, while simultaneously realizing exactly what we're escaping.

Among the thousand other things that This is Happening demonstrates, the album is deft in its ability to show you that the endless chase for innovation is a ridiculous pursuit. LCD Soundsystem never tried to prove that they were anything more than a clever mash-up of Neu! and Kraftwerk and Liquid Liquid. This is Happening doesn't change any of that because it doesn't have to. New songs that sound like old songs are the most innovative trick anyone's pulled in years.
- svotel
Streaming source: https://www.youtube.com/watch?v=qdRaf3-OEh4
TOUR DATES
View all X tour dates for . 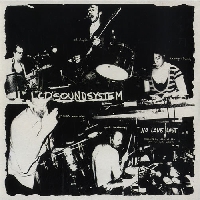 LCD Soundsystem - Daft Punk Is Playing At My House