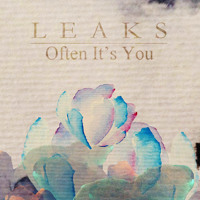 Leaks Often It's You

Hugh McClure
Published:
Nov 20, 2013
Total plays:
28,476
Saved:
330 times
Sounds like: Charles Murdoch, Bondax, Tycho
Tags: Electronic, downtempo, ambient
Why do we like this?
At such a young age, 19-year old Leaks has already made a solid impression on the Australian electronic scene. His debut EP De Landa included a number of standout tracks (including "I'm Glad You're Still Here" which we featured on a SNC back in July), and the talented producer is currently putting the finishing touches on a follow-up EP.

The first single from this upcoming release is the stunning "Often It's You," a track that solidifies Leaks as one of Australia's producers to watch. Intricately pieced together, we're treated to one of the smoothest vibes you'll come across; it's haunting and watery in its production. What makes this track even more special is the fact that Leaks' own vocals are featured, and they couldn't be more perfectly suited.

When I finish a review, I often need a break from the song after listening to it over and over. This song's different though, and I have a sneaking suspicion that most of you will agree with me.
- Google Hugh McClure
Streaming source: http://soundcloud.com/leaksmusic/leaks-often-its-you
TOUR DATES
View all X tour dates for . 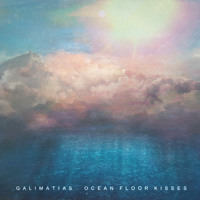