Were you at Coachella 2010? Let us know how your experience relates to Camden's in the comments below!

What can I say about Coachella that hasn't been said already? You've probably already seen the conflict-ridden set times and heard all about Beyonce's guest appearance during Jay-Z's set on Friday, Sly Stone's meltdown on Sunday, and Thom Yorke's solo acoustic "Airbag" performance. I don't have any exclusive photos or interviews since I didn't have a fancy backstage press pass and I'm not a photographer. I'm just an avid music fan, still high from my incredible time last weekend and slightly sad about my return to the every day routine.

Still, there's way more to the festival experience than the surprise stage happenings and celebrity sightings (I didn't even see the big ones myself) that draw thousands of people to Coachella every year. Maybe I couldn't get close enough to meet the guys from Pavement, but I can give you a look at ground zero.

Imagine waking up at 9am in a pool of your own sweat, unable to fall back to sleep thanks to the heat of the oppressive desert sun. Sound terrible? It isn't when you have three straight days of music and good times to look forward to. Luxury can wait when you're constantly having fun. As I waited in line an hour and a half for a shower that barely worked that first morning, just a half an hour shorter than the amount of sleep I had the night before, I couldn't help but smile.

There's something magical about a big time festival like Coachella. It takes about fifteen to twenty minutes to cross one end of the campsite to the entrance of the festival, which lies adjacent to the other end. During this walk, you pass thousands of cars and tents, some wackily decorated in the spirit of Coachella (my favorite was a van made to look like a giant yellow submarine). As you enter, there's a huge ferris wheel to your left. Keep walking and you'll see the massive main stage, a huge statue of a swan that looks like origami made from a giant erector set, long rows of food stands, a jungle-themed oasis bumping freaky electronic music, a terrace-like beer garden, and a sea of people dressed in colorful clothes, neon bathing suits, silly hats (I was sporting a stuffed cookie monster head half the weekend) and tie dye.

The sight is breathtaking, and it doesn't even cover the festival's other four stages. It's overwhelming at first, especially when you're trying to figure out how you're possibly going to see everyone you'd like to.

By the end of the first day though, I realized I didn't need to see everyone to enjoy the weekend. It's hard to escape the feeling that you're constantly missing the best show of the day, but it's better to be Zen about things and enjoy the present situation. What else are you going to do when Spoon, Miike Snow, Infeted Mushroom, Sly Stone, and Phoenix are all playing at the same time? If you like what you're seeing, stay. If something isn't rocking your face off, you're sure to find something that will just a few hundred feet away. By Sunday, I wasn't even upset that I couldn't see all of these guys, I was just blown away by how surrounded I was by incredible music.

In this sense, a festival is very different from a typical concert experience. I maybe caught four full sets the whole weekend. The rest of the time you're on the move, either to catch a few songs of one band before you move on to the next, refill your water, or just get out of the sun for a change. The weather was a little cooler this year than it has been, but the sun is still enough to wipe you out and sap you dry.

But the best part about the festival was probably the people. Everywhere you turn, there's someone willing to strike up a conversation, share some stories, or bitch about the shower lines. Weirdos, bros, thug looking dudes, ravers, even every day normal people; no one was out of place. I met people from Texas, New York, Georgia, Australia, even Denmark. Rather than driving home Sunday night, a few friends and I decided to share our leftover booze from the weekend with some of our neighbors. Our other neighbors decided to start a beer pong tournament. Within an hour, the small party had turned into a 30 person drum circle. We then went in search for a bigger drum circle that was rumored to be going on somewhere in the campsite, only to draw an even bigger crowd of over 200 people, filling up the camp-site's roller rink at 3 in the morning.

I drove away from Coachella Monday morning exhausted, hung over, broke, sore, sunburned and missing a shoe, but I smiled the whole way back. The trip was worth any cost I paid to get there. A big festival like this is a Mecca for any music fan, and not just for the bands playing there (you can see them anywhere). The diversity, the people, sleeping on the ground all make up an experience you can't get anywhere else. It's what music is all about. 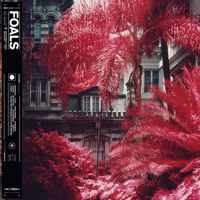