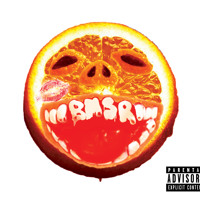 Kenny Abdo
Published:
Dec 12, 2012
Total plays:
15,258
Saved:
90 times
Sounds like: The Octopuss Project, Animal Collective, Beck
Tags: experimental, psychedelic, psych-rock
Why do we like this?
There's something to be said about the separation of an artist and their audience. I get that the idea of art is to evoke something from its spectators "” emotion, dance, anything. But how far can that disconnect go, specifically during a live performance, before you simply don't care?

I ask this for a few reasons. It's not because Black Moth Super Rainbow weren't great at performing their songs live at U Street Music Hall on Saturday. Because they were. Listening to any of their albums, you'd be dumbstruck to witness them recreating half of what they get recorded down on tracks live. It's different for all bands, from what I gather. Some perform to sold-out crowds and want to reflect that love by speaking with the audience, getting them comfortable and then taking them through not just an auditory, but visual experience as well. Others just come onto the stage, perform their set list and then leave us with just that.

Starting the short set (about an hour long) with "The Wettest Day" was a solid choice, getting the incredibly packed crowd jumping without notice. Tobacco's (that's the lead singer's name -- I'll come back to this in a minute) solo single "Constellation Dirt Bike Head" was also a huge rally rouser, getting everyone into the mix. Outside of that, nothing was terribly memorable. Tobacco kept his head down behind a metal briefcase housing his vocalizer, so no one saw him for most of the show (unless you were pushed to the outskirts of the crowd). Iffernaut (drummer) wore a black ski mask during the whole show, and a guy came on stage only in his skivvies waving a shirt over his head during the end.

Black Moth Super Rainbow and Tobacco (real name Thomas Fec) are notorious for being ultra private and most of the time declining to do interviews. Which is fine "” like I said earlier, there is something to be said about the art speaking for itself. It's gutsy, and a bold principle for the artist to refuse holding the audience's hand. But if I wanted to be uncomfortably crammed into a sea of sweaty bodies, listening to perfectly recreated songs from an album, then I could have just stayed at home, buried myself in dirty laundry and popped in my ear buds.
- Kenny Abdo
Streaming source: http://soundcloud.com/black-moth-super-rainbow/06-gangs-in-the-garden
TOUR DATES
View all X tour dates for . 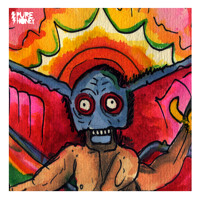 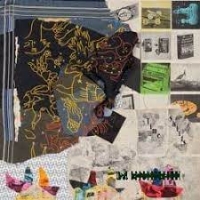 Animal Collective - We Go Back