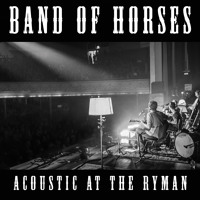 Joshua Mellin
Published:
Feb 21, 2014
Total plays:
7,144
Saved:
267 times
Sounds like: Fleet Foxes, Iron & Wine, Kings of Leon
Tags: acoustic, fleet foxes, acoustic folk
Why do we like this?
Band of Horses brought their acoustic tour to the Vic Theater in Chicago this week, transforming the already cozy former nightclub into an intimate living room setting on stage complete with couches and a record player. Though usually general admission, the venue this night was seated.

Emerging under a single spotlight lead singer Ben Bridwell opened the night with a solo version of "St. Augustine." before the rest of the band slowly joined him for seemingly impromptu acoustic takes on their classics like "The Funeral," "Weed Party" and "No One's Gonna Love You" as the audience quickly came to life, growing more rowdy with each twangy tune. Playing "Detlef Schrempf" and "Compliments" before ending the evening.

Band of Horses continue their acoustic tour along the East Coast before winding back in Nashville, Tennessee to play the Ryman Auditorium, where they recorded their most recent live release, Acoustic at the Ryman, available to stream in its entirety.
- Google Joshua Mellin
Streaming source: http://soundcloud.com/bandofhorses/the-funeral-live-acoustic
TOUR DATES
View all X tour dates for . 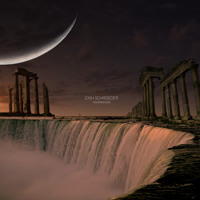