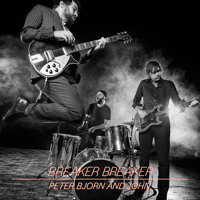 Kimberly Manning
Published:
May 11, 2011
Total plays:
21,325
Saved:
32 times
Sounds like: I'm from Barcelona, MGMT, Edward Sharpe and the Magnetic Zeros
Tags: indie rock, indie pop, psychedelic
Why do we like this?
Swedish trio Peter Bjorn and John took the stage twice in one night at Chicago's Lincoln Hall on May 7, both to packed houses. The energetic crew hopped and hollered in the early show, jumping on the speakers and into the crowds, throwing a handful of drumsticks and shaking the dangling lights above the stage -- anything to get the crowd a hootin.'

With a short set, only a little over an hour, they managed to play the majority of their newest release Gimme Some, and fan favorites like "Young Folks."

The head-bopping beats and toe-tapping rhythms that make this trio so enticing took over the two-story venue like an epidemic. Along with Bjorn Yttling and John Eriksson's flawless efforts, frontman Peter MorÑn's vocals were rich and fluid, and his harmonica skills took over during "Nothing To Worry About." He jumped into the audience and danced his way through the sweaty fans; while his solo engulfed the air, iPhones and other smartphones were close at hand.

The performance fell nothing short of impressive. The heavy bass riffs and loud, fast percussion filled the room and bounced off the disco ball hanging from above, which lit up the audience only during "Young Folks."

It's not often that a band can produce uncanny vocals and harder, better, faster, stronger melodies than on their recorded albums, but PB&J (as we affectionately call them) are one of that kind. The rambunctious Swedes struck the cow bell in "Second Chance" and got the crowd singing "Whoa!" during "Dig A Little Deeper." 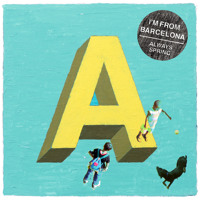 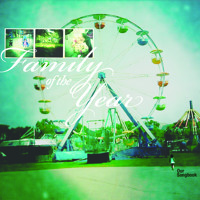 Family Of The Year - Stupidland