Joshua Mellin
Published:
Mar 01, 2012
Total plays:
16,948
Saved:
72 times
Sounds like: Twin Sister, Real Estate, Chairlift
Tags: indie pop, chillwave, lo-fi
Why do we like this?
Less than a week after a release of their superb new album Young & Old, the indie faithful packed into Lincoln Hall in Chicago for a round of Tennis Sunday night.

The husband-and-wife duo, Alaina Moore and Patrick Riley, took the stage along with drummer James Barone and another multi-instrumentalist who shared duties on guitar and keys for certain songs. As their sound has grown, so has their touring roster. A band that starts as a hobby inevitably faces the challenge of how to translate their music live, and this group has answered convincingly.

Beginning the night with the opening track from Young & Old "It All Feels The Same," they introduced the audience to a new chapter in their story, and the it's just as intriguing.

The band's tale begins with a fairy tale ending, newlyweds casting off the shackles of society for a simple life of sailing and song writing; it's instantly enviable. Though that may make them the model for budding indie dream pop duos everywhere, there are several factors that make Tennis unique. They really lived the music, and it provides an authenticity to their songs on stage. Sonically, the lo-fi, garage rock influence -- along with Riley's fuzzy guitar -- adds a sly edge. Lyrically, on the surface day-dreamy love songs, there are nuggets of existentialism littered throughout, questioning the very nature of emotions --- let's not forget this couple met studying philosophy.\

"You can dance to this next one, though it might not seem like it," Moore said as she introduced "Petition." While the crowd remained relatively silent, you could almost feel a collective swoon between each song. With just two short releases, Tennis packed a more than satisfying 19-song-set -- playing crowd favorites "Bimini Bay" and "Marathon," along with their single "Origins." While some bands may struggle to fill out a show on their sophomore release they were still debating between several songs to close with during the encore, finally deciding on Cape Dory's "Take Me Somewhere" in exchange for the listed "Seafarer."

Tennis continues to tour across the country through the spring, including several shows at SXSW with a showcase March 16 at Club De Ville. 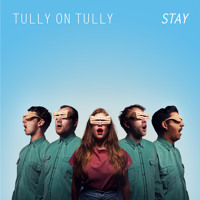