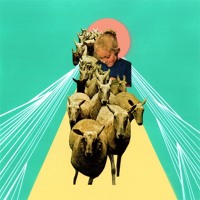 Kenny Abdo
Published:
Jan 16, 2013
Total plays:
20,248
Saved:
168 times
Sounds like: Crystal Castles, Phantogram, Grimes
Tags: Electronic, experimental, chillwave
Why do we like this?
To the credit of those involved, it was probably never supposed to be like that.  Purity Ring has always been a bit hit or miss with me. "Lofticries" is certainly the song that got me into them, but outside of that... eh. So when they sauntered onto stage at the 9:30 Club, the idea that I could possibly take this pure collection of expectations and turn it into something greater "” well, it didn't quite pan out.

It's not like they were bad. But I can't really say that I would know first hand. After a seemingly solid start to the evening with the crowd popping "Amenamy" (and it was a good 'un. I was in the can when it started, and I remember bopping my head toward the urinal), the night took a turn for something not quite as appetizing.

As they were gearing up for song number two, "Crawlersout," something went astray and they skipped to song three, "Belispeak." Which is fine, I guess. It's not like it was a Milli Vanilli indiscretion or Ashlee Simpson devastation. It just left a lot of people confused as to whether or not the rest of the set was just over fabricated shoegazing.

The crowd was a good mix of old and new, nothing beyond some hand-in-the-pocket swaying. The actual stage design was pleasing, with two dozen lamps illuminating to the beat of the songs (it's hard to explain these lamps, as I heard them described by multiple people as either dangling mini-corndogs or tampons), but the show left much to be desired without a full band.

Which brings me back to the snafu from earlier. If it's all just pre-recording that affords the stage (and drumset, which was tight) to look fancy with the audio, then what's the point? It'd be different if they were billed as DJs, but as a band, we come expecting for them to play us something. Her voice was less vocalized from the album, which was nice. But was that all recorded too?

It's kind of like choosing to take the easy route on ending a review just to do so, like maybe with a bad pun. Something to the affect of, oh, I don't know "” "it was enough to make me want to take this purity ring off""¦or something.
- Kenny Abdo
Streaming source: https://www.youtube.com/watch?v=PmRraoL9v7k
TOUR DATES
View all X tour dates for .