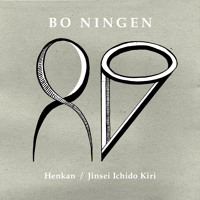 David Peter Simon
Published:
Jan 02, 2014
Total plays:
2,468
Saved:
13 times
Sounds like: King Crimson, Steppenwolf, Igor Stravinsky
Tags: experimental, psychedelic pop, punk
Why do we like this?
Alright, this is definitely not of the "Hypem" variety. More like performance art meets psychedelic metal. Great for all you headbangers out there.

Bo Ningen is a Japanese band that makes heavy music that'll leave your ears ringing for days to come. For the first time, possibly ever, my words can't describe their music. It's not like the cliche: it's that I literally don't know where to begin and where to end. I'll just leave it to Dazed and Confused's descriptions:

"In its obsession with repetition and the twisted patterns of its ungraspable musical narrative which are Intense, androgynous, visceral and genuinely unlike anything you have ever heard before, this surrealist performance-art-cum-metal-cum-rock'n'roll-cum-noise-cum-fucking-sci-fi outfit channel everything from King Crimson, Amon Duul, Boredoms, Steppenwolf and Igor Stravinsky into a car-crash of untamed sonic abandon (watching Bo Ningen commune onstage is a little like watching people who dropped in on their way back from outer-space in the middle of a mystical feedback-drenched trance that veers wildly across genres like an out of control Landspeeder)."

Last night's New Years Eve show at Cafe Oto was as epic as that paragraph reads. The music was out of this world, with the guitarists blasting and the drums blaring the second the clock hit midnight. Tons of hair swinging and audience interaction made you feel like you were in some time-warped 80's underground show that was spit out into the far future. I don't even.

If you dig this, official information on their website. A smacking of songs on Stolen Recording's soundcloud. Thanks to Cafe Oto for the good times.
- Google David Peter Simon
Streaming source: http://soundcloud.com/stolenrecordings/henkan
TOUR DATES
View all X tour dates for . 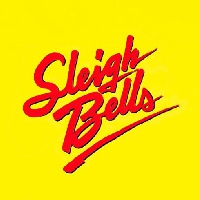 Sleigh Bells - Crown On The Ground