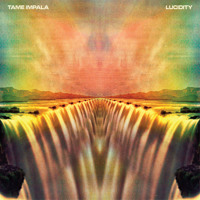 Last Sunday, Tame Impala played their first show ever in Philly in the First Unitarian Church's basement, and I'm pretty sure that it was the best way to pop their Philly cherry. The opening bands consisted of Kuroma and Stardeath and White Dwarfs. While I wasn't really feeling Kuroma (to each their own), I thoroughly enjoyed Stardeath and White Dwarfs' performance; I plan on catching them live again in the future (I suggest you do the same) for some more

of their heavy, psychedelic yet sometimes infectiously upbeat sound.

Tame Impala started off the show with a melodious thunder. It took no time for the crowd to become saturated in the psychedelic sounds blaring from the speakers. I contemplated wearing earplugs, but at the same time, I knew I'd be missing out on the experience as a whole if I did. After all, this type of music is meant to make your brain shake, and shake it did.

The four-piece played mostly songs from their most recent album, Innerspeaker, but snuck in a few gems from their older recordings (more towards the end of their set) to instill a bit of nostalgia for their long-time, devoted fans. I couldn't help but notice the diverse age range of attendees at the show. From teenagers to 30-40somethings, Tame Impala can reel 'em all in... and kudos for that.

Overall, the band's vibe was extremely mellow. They got on stage and, without hesitation or much acknowledgement of the crowd, immediately started jamming. It was as if they were in their very own tiny bubble with no room for movement, and it was up to the crowd to express all ephemeral feelings and enthusiasm throughout their set. This was my second time seeing Tame Impala play live this year, so I wasn't surprised at the apparent detachment to the crowd. According to some of the attendees, they were surprisingly bummed out at the lack of engagement (the lead singer, Kevin Parker, DID lead the crowd in an upbeat handclap, but that was it). But looking around at the crowd during their performance, I would have never guessed that there was such dissatisfaction to be had (keep in mind, the displeased were the minority).

In fact, the band still killed it. Their timing was perfect, the guitar effects were anesthetizing, and their set as a whole was taut and deeply entrancing. Their performance was enough to mesmerize the whole room without the need for any pompous rock star facade or "look what I can do" attitude. Honestly, I just think they're very modest, private, laid-back people and the power of their talent is projected through their music and their music only, not their personalities. They let the music speak for itself.

Which brings me to this: if Tame Impala comes through your town on tour, do not miss out! Don't expect to be personally wowed by their outgoing onstage presence but do expect to be engulfed in a wave of psychedelic euphoria, ringing ears and all.

3 Why Won't You Make Up Your Mind