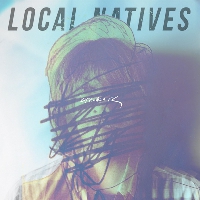 The blogosphere has been buzzing with news that Local Natives performed five new songs at a live show last night.  I sorta brushed that off because hey, we try not to post live songs.

But low and behold, a tipster (thanks, Aaron!) pointed us in the direction of this official studio release.

"Breakers" is the first single off the band's upcoming album, Hummingbird (available January 29, 2013). Many of you will recall the band's debut Gorilla Manor in late 2009, which included 12 fantastic folk-rock tunes. From the sound of things, this new release should be a good one as well.