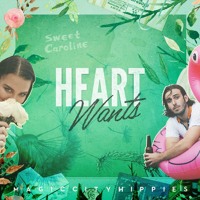 It took me a little while to put my finger on why this band sounded familiar, but upon digging deeper it all became clear: they used to be known as Robby Hunter Band.

Anywho, this one comes as part of a yet-to-be-titled album, set for release early next year. There's a good Reddit AMA that they did about their moves, so if you're curious to learn more I'd recommend following that link.