British talent Mahalia is quickly gaining herself a reputation for releasing mesmerising singles, as is the case with her latest "Proud Of Me."

Produced by the underrated Maths Times Joy (the man behind Mahalia's first single "Sober" and a host of other great tunes) "Proud Of Me" is a whirlwind of hip-hop beats and soulful production with Mahalia once again opening her heart to the listener with her trademark emotional lyrics. Mahalia's irresistible voice is joined by UK rapper Little Simz, and together the two create absolute magic. On the track Mahalia had this to say;

I wrote this tune not long before my Birthday last year. It the first time in my short music career that I had stepped out on my own. I stumbled for a while I think... tried to get my priorities straight. But, once I understood that, everything kind of fell in to place. The one thing I have always said that makes me truly happy is knowing that my family, friends and you guys are proud of what I have achieved. I've always wanted to work with Little Simz. So, this was crazy for me. She gave me all the extra magic that I needed.

The Leicester based Mahalia is proving she's one to watch in 2018 and if you're not on board you're missing out on one of the best talents coming out of the UK. Get around her! 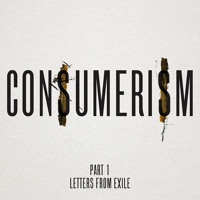