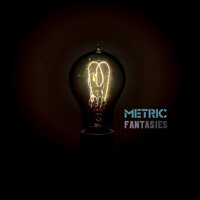 Philip Friedman
Published:
Mar 29, 2012
Total plays:
7,028
Saved:
110 times
Sounds like: Emily Haines & The Soft Skeleton, Emily Haines, Stars
Tags: female vocalist, indie rock, indie pop
Why do we like this?
I'm jetlagged as hell, and I can't think straight. You wonder why there was a gap in Indie Shuffle's writing? Well, I was in Cape Town for two and a half weeks. There, it's explained. Worth mentioning, then, is that while I was there, one artist I just couldn't put down was Via Audio, whose full album, Animalore, will drop March 9, 2010. I've had the opportunity to sneak a listen to it, and I've got to confess that I think it's bloody brilliant. Perhaps the greatest key to its success is their inconsistency: that is to say that the songs that compose this album do not blend into oneness; rather, they vary incredibly.

Produced by Spoon's Jim Eno, Via Audio's sophomore release brings together the sounds of danceable R&B pop, soul-infused funk, lo-fi electronic and indie rock. Unsurprisingly, they've also toured with Spoon. Beyond that, I'm delirious. I'll really have to let the music speak for itself on this one.

Musician and poet blend seamlessly in each song. There is no chicken or egg question, the lyrics and melodies seem to have sprung simultaneously from the clear intuition of Torrini and close collaborator and producer, Dan Carey. Each word fits snugly against its assigned note. The lyrics deal with deep emotion but from a platform of slightly aloof observation. Potentially heavy images turn light; when she says that she has "an old beggar's prayer on the tip of my tongue" her delivery sounds almost as if she is looking back over her shoulder with a grin as she skips away - Blog Critics

Via Audio has definitely proven themselves as worthy addition to the indie rock world. The group's attention to little sonic details raises their sound beyond the realm of mere tech-pop fan boys to something truly special"¦Via Audio forces the listener to readily acknowledge that great shoegaze pop can indeed come out of the marriage of man, machine and melody. With their latest record off SideCho Records, saysomethingsaysomethingsaysomething, the band drifts throught dreamy soundscapes at new, anthem-like levels. - Katarokkar 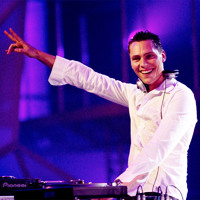