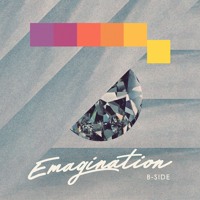 If you're like me, then you might have also thought, after reading the song's title, that it was going to be a nu-disco remix of John Lennon's "Imagine". It's not though. Instead, "Emagination" is a French house pearler that reminds me of some early Thomas Bangalter I've listened to. Bangalter is one half of Daft Punk. Which makes this song extra appropriate in light of Daft Punk officially retiring.

"Emagination" comes as part of a release package celebrating the 10th anniversary of Miami Horror's 2010 album, Imagination. As a reminder, you can check out Imagination here. Just make sure to check back with us on Indie Shuffle in ten years time for your reminder about the album's 20th anniversary.