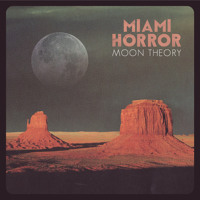 Kyle Suss
Published:
Sep 10, 2010
Total plays:
27,050
Saved:
55 times
Sounds like: Holy Ghost!, The Twelves, Breakbot
Tags: Electronic, indie pop, remixes
Why do we like this?
After hearing the Gloves remix of Miami Horror's "Sometimes" back in December, it became clear that this Australian group was one to watch out for. Illumination is the debut album from Miami Horror, the self-proclaimed "favourite psychedelic indie-electronic adventurers" of Melbourne. With a description like that, can we expect anything less than a groovin' dance number surrounded by quality remixes? I think not.

Illumination begins with "Infinite Canyons," a dreamwave-esque intro that helps build the anticipation for what's to come on the rest of the album. Moods quickly change as the single, "I Look To You," starts and we discover that the rest of the album is a dancey, nu disco-inspired composition. This theme is further showcased through songs like "Soft Light," one of my favorite tracks from the album.

The group claims that they are perfectionists, citing a lengthy 10-month mixing process that typically takes about 2 weeks. This means that Illumination is an album composed exactly the way the artists want it to be heard. So sit back, relax, and prepare to get funky.
- Kyle Suss
Streaming source: http://soundcloud.com/theinsound/miami-horror-moon-theory
TOUR DATES
View all X tour dates for .