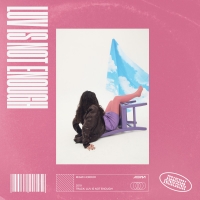 Miami Horror share's their second release of 2019, "Luv Is Not Enough." They've also announced that their third album will be arriving in late 2020. I wish I had a time machine so I could hear it right now.

Featuring the alluring vocals of Clear Mortifee, Miami Horror takes a nu-disco approach to this deeply catchy song with a foundation of groovy bass lines, topping it off with layered synths. A truly vibrant track that'll put a bit of pep in your step.

Producer of the track, Benjamin Plant, has recently snagged inspiration from funk and R&B artists like Anderson .Paak. Specifically citing Calvin Harris' track, "Slide," Plant said this about writing "Luv Is Not Enough":

We hadn't really been into much new music. Everything was feeling dull and minimal. Then when I heard "Slide," it was a seemingly revelatory moment. It was refreshing to hear a song that was based around the simplicity of a good bass line and chords. It made me realize that maybe we'd been overthinking things, as those had always been two of our favorite and highest prioritized elements when we started out.

Kicking off on October 31st, Miami Horror begins their 17-date tour throughout North America! Might have to catch their show in Seattle, as I've had this track on repeat since hearing it this morning.