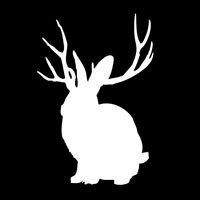 After being surprised to see that nobody had dropped a review for Swedish-American electro-pop sensation Miike Snow, and in great anticipation of their upcoming show at the 930 club this Wednesday in D.C. (sold out weeks ago), I thought it might be an appropriate time to get  Indie Shuffle a ticket into the praise party. Believe it or not, Swedish producers Christian Karlsson and Pontus Winnberg were made famous by

their role in the production of famous teeny boppers such as Britney Spears, Kylie Minogue, and Madonna. Needless to say I'm happy as all hell to see they branched out and unleashed their true selves to the music world in the form of Miike Snow. Together with American newcomer (and singer in the band), Andrew Wyatt, these crazy Swedes have all but completely devoured the indie world with the fall 2009 release of the self titled album, as well as several insane remixes that breached the indie-stream as well over the past year.

With the amount of love our electro-pop gets from our viewers, I feel like I'm preaching to the choir when I say: make sure to check these guys out live. I've heard tremendous things baout their five man live set, ranging from "these crazy dudes wore masks and blew the roof off the place," to "best dance party ever." One thing's for sure, if you're in the DC area and are lucky enough to have tickets to Wednesday's show, you're sure to have the time of your life. If you don't have tickets, then hit up da list of craigs or otherwise sell your soul in attempt to acquire some. More than anything, I'm eager to uncover just what exactly lies behind this synth laced drum techno insanity.

Check back later on Thursday for a follow up review to the show.

"I didn't (and still don't) know quite what to make of Miike Snow. They're a curious creature, a force as shrouded in mystery as their borrowed mascot"“the elusive jackalope. With a release as peculiarly scattered and layered, you're bound to catch something new with every listen. Different moods and times invite different emotions, and no track seems to sound as it did the time before. At least one thing's certain about this release"“I can't stop listening." - muumuse.com