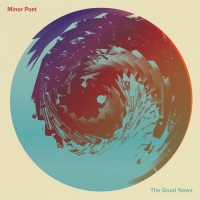 "Tropic of Cancer" has already become Minor Poet's most popular song on Spotify, and he released it at the end of February. This song is one of the six that will be on his upcoming EP, The Good News, scheduled to release on May 17th via Sub Pop Records. We all know that Sub Pop rules.

The lyrics describe a familiar wave of sadness, one that we have all experienced. This song puts my recent feelings into words. Someone commented on Sub Pop's music video for this song saying, "A cute depression anthem just in time for spring! Thanks!!" So I'm glad that this resonates with others besides me, and maybe it'll resonate with you too.

In the past, Andrew Carter has not only played all the instruments in his songs but produced them too. With this EP, he allows help from co-producer Adrian Olsen to perfectly execute his musical visions. His second single, "Museum District," from The Good News released on April 4th, so be sure to give that a listen as well! 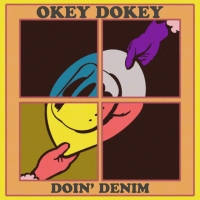