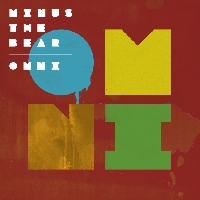 Minus The Bear My Time

I used to love Minus the Bear. Who didn't? Goofy song titles like "Hey! Is That a Ninja Up There?" and "Get Me Naked 2: The Electric Boogaloo"; finger-tapped guitar riffs; and songs that told such inviting stories. Their Myspace is full of pictures from the old days: slip-n-slides, the members playing beer pong, people dancing on tables, and a temporary tattoo of a crudely drawn Viking that said "Minus der Bear." That sort of genuine, fun-loving attitude created an intimate

connection between band and audience. I just wanted to go to a show and yell "Yar!" at them.

Then I saw them live. They certainly weren't bad. They sounded exactly like they did on their recordings. But that was problem. The goofy, fun-lovingness did not translate on stage, and there was no magic behind songs like "Absinthe Party at the Fly Honey Warehouse." I wish that was just a fluke show. Everyone has an off day. Maybe they were nervous playing in front of a crowd at Coachella that year. Seeing them again the next year at a club in San Francisco only cemented that position though.

Both of these shows were after 2007's "Planet of Ice", an album that signaled the transition to a more mature, serious faced Minus the Bear. But "Planet of Ice" wasn't a point of concern yet. The band pulled off serious pretty well, and the musicianship and songwriting were some of their best.

"Omni" has gone too far though. Gone are the days of goofiness. The band's press photo is now a picture of them in all white, pondering what I'm sure are supposed to be deep thoughts and troubled souls for the camera. That soul has been all but sucked dry from their music. Nothing catches, and the time signature changes that once kept their music lively and interesting feel fumbley and awkward in songs like "Dayglow Vista Road." There's a feeble attempt to throw in some funky riffs that come off sounding plastic and watered down.

Even with the band's history aside, "Omni" is boring at best. And that's being generous. "My Time," the first, and probably best song on the album, is decent, but has nothing endearing enough to make it memorable. It wouldn't matter that pretty much all of these songs are about fucking if the lyrics weren't so terrible. Try not to groan as Jake Snider unironically croons "You've got a rich dad who hates every boy like me/I've got no money and daddy don't like my ease" on "The Thief." Then there's the middle school elegance of "Excuses," where Snider sings "Running out of excuses, when we know what the truth is, I'm into you. When you hear this song you'll say you knew all along, you're into me too."

It's true, bands do need to develop and grow to prevent stagnation and avoid the risk of becoming a novelty band. But "Omni" does this with weak, cheesy smoothness while abandoning all of the things that made Minus the Bear loveable to begin with. It's as if the adorable neighbor kid from next door who used to like climbing trees and selling lemonade decided to put on a suit one day and call himself a CEO. This is an album that undeservedly takes itself way too seriously. 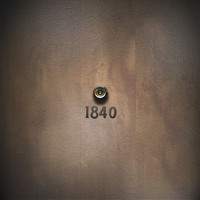 Sounds like: Minus The Bear, Maps & Atlases
Tags: indie rock, experimental, alternative
Save (127) 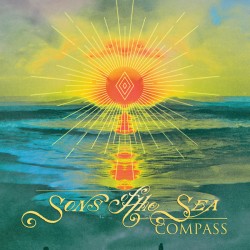 Sons of the Sea - Where All The Songs Come From