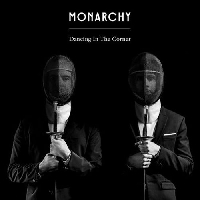 There's some background I think you'd like to know about "Disintegration," so I'll begin at the beginning.

UK's Monarchy hit the electro pop music scene in October of 2010. We covered their track "Maybe I'm Crazy." According to their Facebook, "burlesque star Dita Von Teese... tracked them down via Twitter, and invited them to spend Christmas in Paris with her."

One year ago, they released a one hour nu disco mix, entitled To Dita With Love, to coincide with their performance at a club opening in London alongside Von Teese. As satisfying as it is unsurprising then, their sophomore debut expected February 2013, will include the single "Disintegration," featuring the multi-faceted femme fatale.

Today, Monarchy dropped the video for the single via Nowness, directed by Roy Raz. It's reminiscent of a 50s aesthetic explored by Guy Franklin for Kimbra's "Settle Down," although it's easily more sinister and seductive.

Aside from the video, the duo also dropped the Disintegration Remixes EP, featuring remixes of the single from Mighty Mouse and Mike Luck. I chose to feature the latter because it adds to the velocity of a style Monarchy self-describes as "glacial pop with a throbbing undercurrent of humanity." The intro alone builds desire to be among throbbing masses for an epic outdoor performance below a dark, smoky sky. 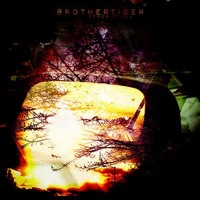 Brothertiger - Reach It All (Digits Remix)