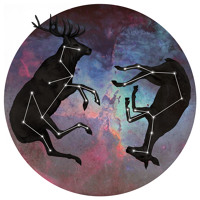 Moon Boots No One

Elizabeth Walker
Published:
Nov 06, 2013
Total plays:
15,070
Saved:
135 times
Sounds like: Zimmer, Classixx, Goldroom
Tags: Electronic, house, nu-disco
Why do we like this?
Moon Boots is a gent with an R&B-infused house music agenda. A part of the self-named French Express Knights Templar, this US producer has had some amazing releases in the last two years.  Take a read below as Moon Boots delves into his opinion on the term nu disco, current French Express Tour, and future music plans.  For those who are itching for more than words on a page, remaining US tour dates (with Jonas Rathsman and Isaac Tichauer) are at the bottom.

What's your musical background and how did you get into producing?

It all started with the piano for me at a really young age, playing classical music and then jazz -- Debussy, Chopin, Bud Powell and Ahmad Jamal were my favorites, for the jazz and classical nerds out there -- and then getting into keyboards and synthesizers.

Like at least a few other people, I started producing with a bootleg copy of Ableton live. I never took any courses on dance music production, just learned on my own, with friends, and by training my ear to listen to other people's music more closely.

You're just embarking on the French Express tour in North America. What are you most looking forward to?

The tour has been unbelievable so far. Vancouver and Seattle were two of the most fun shows I've every played. As for the upcoming shows, I'm most looking forward to playing in Chicago -- my former home -- and Brooklyn, my future one.

Your online presence seems quite silly in a fantastic way. Is that true to your day-to-day personality as well? How would you describe yourself?

I wouldn't say I'm like that 24 hours a day, but I like to goof around if you get to know me... and I know the French Express guys will attest to that! Dance music is supposed to be fun, and there are already enough people out there taking themselves too seriously.

Where do you see nu disco going in the next few years? Do you think it's just a sound of the moment or does it carry more longevity than a passing trend?

I don't like the term "nu disco" because I don't think it's new and it always reminds me of "nu- metal." I first heard it in connection with legends like Daniel Wang, Metro Area, Lindstrom & Prins Thomas, Todd Terje's early edits, then Aeroplane, etc. As for where it's going, anyone that only tries to replicate one specific sound or one era is going to have a limited shelf life. But I still think good disco, good house music, and good pop will always be relevant.

French Express describes you and your labelmates as the Knights Templar. What does that mean to you?

It means we're crusaders for our music and the music we love. We're uncompromising and we don't bow to infidels. Also, the Knights Templar were a kind of secret society, so we're like the Illuminati (but more powerful).

What can fans expect from you specifically in the next year?

Lots more new music, including collaborations with some vocalists. After tour these boots are going to go into hibernation a whole lot more.

How many pairs of moon boots do you actually own?

Only one proper pair, made by a Japanese company called Diet Butcher Slim Skin. A friend in L.A. gave them to me, and they're amazing.