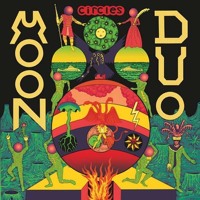 Lauren Sloss
Published:
Oct 09, 2012
Total plays:
12,158
Saved:
95 times
Sounds like: Wooden Shijps, The Black Angels, Royal Baths
Tags: alternative, rock, psychedelic
Why do we like this?
"Sleepwalker," the lead single of Moon Duo's album Circles, had me from the the backbeat. Crisp but sultry, the metronome-like hypnosis of the beat increases tenfold within seconds, as the band's slinky, dreamy psychedelic sound is poured in torrents. Thematically, this first impression was a telling one, and Circles has proved to be as stellar of an example of the psych-noise-pop-rock genre as any I've heard of late.

This is Moon Duo's second full-length effort since forming in 2009 -- comprised of Wooden Shijps guitarist Ripley Johnson and Sanae Yamada, the band has long marketed in this kind of noise and fuzz, and done so well. But Circles is a stand-out, thanks to both the richness of the musical layers and the evident sophistication behind the composition.

And then there's that crisp, catchy backbeat. It's present throughout the album, acting as a clear signpost through the gorgeous swaths of wailing, rich guitars and the warm rumbles of an organ. From the lilting flow of "Circles" to the slow heat-wave shimmer of "Rolling Out," this is a psych-rock album that's as accessible as it is creative -- tracks are cohesive but distinctive. Psych-rock for beginners? Maybe. Moon Duo certainly has a sound that's easy to get lost in, and captivating enough that you're certain to enjoy the trip.

Moon Duo's touring in support of Circles this fall and winter -- check out the tour dates here. And San Franciscans, maybe I'll catch you on December 4 at Bottom of the Hill.
- Google Lauren Sloss
Streaming source: http://soundcloud.com/moon-duo/moon-duo-sleepwalker
TOUR DATES
View all X tour dates for . 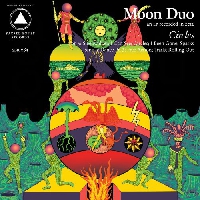 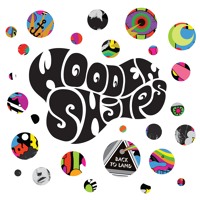 Wooden Shjips - Back To Land 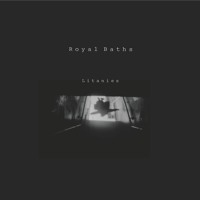