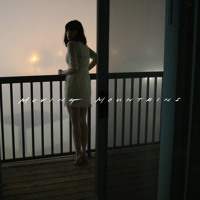 As I've grown older, I've come to realize one eternal truth: life tends to come around full circle. Such is the case with the fourth and final album from post-hardcore rockers Moving Mountains.

Hailing from Purchase, New York, Moving Mountains has made a career of writing melodic post-rock tracks that straddle the lines between indie rock and hardcore.  Finding a balance between emotion-filled choruses, crunching guitars, and ambient-tinged post-rock breakdowns has been a formula that has pushed the band into success while at the same time completely wearing  them down.

This helped lead to the writing of their self-titled LP. Put best by vocalist/guitarist Gregory Dunn, "I wanted to relive the years of people not knowing who the band was, not being signed to a label, not having a team behind us, and sort of get back into the mindset of me and Nicky writing weird songs in my parents' basement."

The product of this newly rediscovered mindset is a much more mellower and pop-oriented sound.  Tracks filled with equal parts acoustic guitar and introspection are best exemplified by the haunting "Eastern Leaves."  Beginning with some gently picked guitar and toy piano, "Eastern Leaves" is a trip through the years and wear that has defined Moving Mountains' existence leading up to this very moment.  As it slowly builds steam, it's like driving through some backwoods road during a crisp fall afternoon watching all the colors of the leaves changing.  Listening to it, I just can't help, but be reminded of Goo Goo Dolls' breakthrough album A Boy Named Goo, as it makes me want to dust off my old CD collection taking me back to the days when I first started listening to music.

Sadly with the release of this self-titled album, Moving Mountains has decided to call it quits.  However, if you happen to live in Hamden, Connecticut, Brooklyn, New York, or Boston, Massachusetts, you can catch Moving Mountains one more time in the beginning of November.  Hurry up and catch them before the circle closes. 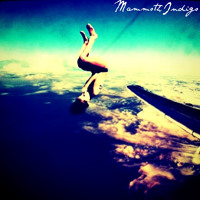