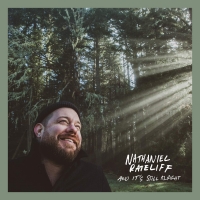 It’s been a decade since this Denver, Colorado artist has made an appearance on Indie Shuffle, so I think it’s time to shout-out some of his more recent work.

Nathaniel Rateliff has a calmness about him that makes it feel like the lyrics and chords are pouring out of him like a stream of consciousness rather than a carefully crafted song. It’s a very raw and rare quality that he exhibits so naturally.

“Time Stands” starts with an acoustic, guitar-heavy intro, like many folk songs, but as the song goes on the singer begins to belt out the notes instead of whispering them. The song grows increasingly powerful as it gets louder and stronger. It wraps around you like a warm and cozy blanket.

The music video, which shows footage of cityscapes and other scenic landscapes from a bird’s eye view, is the perfect visual representation of the track because it shows places where time stands still. The empty roads and open waters are hard to look away from, in the same way that this song is hard not to listen to.

“Time Stands” is from his latest album And It's Still Alright.