sean o
Published:
Aug 31, 2012
Total plays:
1,202
Saved:
5 times
Sounds like: Pepepiano, Old Arc, treasureseason
Tags: Electronic, hip-hop, electronic hip-hop
Why do we like this?
The recently released (and available for streaming in full at their website) self titled LP from Brooklyn post rocker's, Fang Island, is a hard driving, feel good, rock album, complete with screaming guitars and soaring vocals which will undoubtably have you giving your speakers a real workout. The listening isn't labored though, and doesn't leave ears exhausted by providing some some restful interludes. This is the kind of album you'll definitely be coming back to time and time again. Catchy? Certainly. MTV has already managed to exploit this fact, queueing up Fang's "Daisy" in intros to their (actually decent) show, The Buried Life, which you may have seen in the midst of Jersey Shore marathons and attempting to spot your friend making out with castmembers on the Real World DC.

If you're somewhat sick of, as I happen to be, a surprisingly lackluster musical offering of late (honestly, how much dubstep, dreamwave, and ambient bullshit are we going to have to put up with?), please check out the offering from Fang Island. I like to pretend Fang Island is an actual place, where fake-ass vampires (see: Weekend, Vampire and Cullen, Edward) go to get their asses kicked by Alexander Skarsgard. In any case, if your playlist is lacking, and you like gnarly guitar shredding and happy lyrics, textured and layered seductively for your listening pleasure, then go out (click) and buy this album. KTHXBAI!

I'll admit, from the moment I read that Fang Island described their own music as "everyone high-fiving everyone", I was sold. Though band members don't have the best track record of reliability when it comes to judging their own music (Oasis called Heathen Chemistry their "second best album"), let me (in all my authority) put that into fact: Fang Island could soundtrack that frozen-frame, silhouette skyline, mid-air high five that would turn your life into an awesome "˜80s buddy movie.

Though occasionally featuring oohs, aahs and higher-pitched gang vocals to set the songs on their way, Fang Island is fuelled by a band whose talents are channeled into creating music that bursts at the seams with a tremendous sense of positivity. Clocking in at just 30-minutes playtime, they waste no time getting into things, bursting to life from the get go and continuing at that busy, no pit stops pace for most of the record. The occasional moments it slows down, such as the uplifting, high-note guitar melody in the second half of "Sideswiper", are made all the more effective by their rarity - Kiran Soderqvist 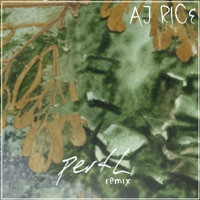 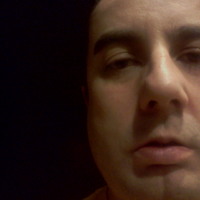 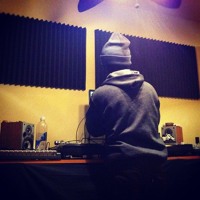