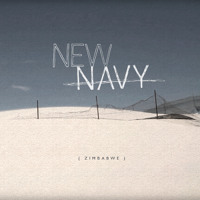 Writing about Australian music on an American website is somewhat confusing. As my American counterparts are battening down the hatches for winter, us Aussies are gearing up for summer. This means there's a vast difference in the types of music we're listening to. Enter New Navy to get our summer off to the perfect start.

After releasing a short demo in 2010, the Sydney band has developed fresh new sounds over the ensuing year. Their recently released EP, Uluwatu, was mixed by Lost Valentinos' whiz Jono Ma, who recently worked with Foals during their trip down under. Uluwatu draws heavy comparisons to some of the UK indie-pop legends' lighter tracks.

Uluwatu's first single "Zimbabwe" is the perfect teaser for what's to follow, featuring heavily on local radio during the cooler months. Crispy guitar licks and tropical percussion are coupled perfectly with vocalist Ben McInerny's effortlessly smooth voice. The song talks about escapism, so it would be perfect for our Northern hemisphere compadres dealing with the impending cold snap. Kitsune Maison has decided to feature "Zimbabwe" on their latest compilation, a telling tribute which will provide the guys with valuable International exposure.

New single "Tapioca" continues in the same upbeat and dreamy vein. This is the sort of music that keeps you grinning from ear to ear. "What Was Golden" switches delectably from whispered lyrics to a driving chorus, while "Oceans" is probably the most Foals-sounding track on the album, their trademark sparkling guitar prominent. There are beautiful samples of ocean sounds linking the tracks, completing the summery vibe.

If you want some music to keep you company during the long, hot Australian summer, or if you're just looking for a getaway from the daily grind, look no further than New Navy.