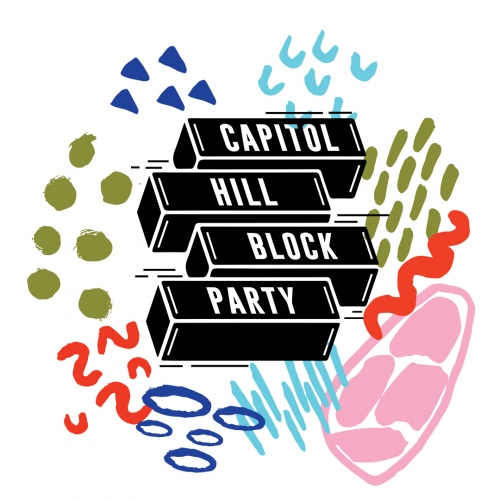 If you're looking for an excuse to visit Seattle during the summertime, next year you're going to want to make sure it's Capitol Hill Block Party.

Indie Shuffle was present at the 2019 iteration of Capitol Hill Block Party. It is not just a music festival, it's an indulgence of all artistic mediums -- showcasing both local and global talents. Based in the heart of the Capitol Hill neighborhood of Seattle, this musical experience encapsulates the full spirit of the musical hot spot that has been, and will always be, Seattle. Plus, it incorporates the bars and restaurants that I go to on the weekends; doubling the fun.

CHBP is one of the last independently owned festivals of its size in the country. Thank you for supporting us all of these years and in turn our nonprofit partners.

2019's lineup featured Top 40 artists like Lizzo, RL Grime, and Aminé, along with a slew of indie/underground acts. Their headliners may be amazing, but my favorite part of any music festival is discovering hidden gems. Was I Shazaming songs during performances? Yes. Do I regret it? NO. I've compiled a list of my favorites, those I knew beforehand, and those I discovered during this magical summer weekend, here.

My favorite thing about CHBP is that it doesn't feel like a festival. You go to Capitol Hill with your friends, you drink beer (or tequila), and you get to listen to music in a really cool, lively area of Seattle; it's a format that could translate well in other cities. There's only one large stage and the latter five stages are more intimate. Some artists perform in hip dive bars and some artists perform outdoors, which gives it a SXSW feel.

When I saw Yves Tumor, I was so close to action that if I reached out my arm I could've touched him. Smaller stages allow for more personable performances from artists, which conveys more personality than the bigger ones. It feels like you are making a close connection with the artists, and is a big selling point of the festival experience.

The only critique I have, which I've had in years past, is that it should be an 18+ event. Much like any festival, the youths push their way to the front of the crowd early in the day and camp out for the headliners, which blocks the view for the fans (like me) who want to see lesser known artists. If we were at a larger festival, like Lollapalooza, this would not be a problem, but Capitol Hill Block Party is smaller production.

Overall, I have a soft spot in my heart for Capitol Hill Block Party. Like I said earlier, if you ever need an excuse to travel to Seattle, come experience this festival and the sweet neighborhood that is Capitol Hill. Is this an ad to visit Seattle? Maybe.

Again, here is a playlist of songs I saw at CHBP.

Amongst its 23rd year of existence, CHBP has a huge impact on the giant community of the Pacific Northwest (Washington, Oregon, and some parts of Alaska, California and Idaho). They keep a 60-70% ratio of local bands every year. On top of this, their partnerships with Seattle Arts and Music Group has contributed about $180,000 to nonprofit partners since 2012, and has raised $300,000+ to directly support the Seattle Office of Arts and Culture.